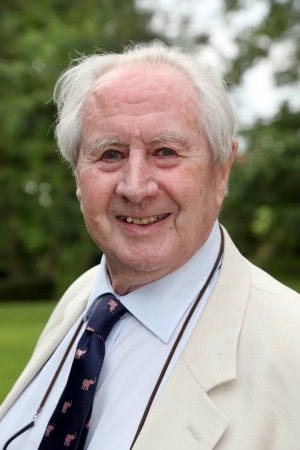 There are many that have claimed credit for the success of the Jubilee 2000 movement in persuading world leaders to cancel the debts of more than 30 low income countries. But one man’s crucial part in building and supporting that movement – Ian Marks – has largely been ignored. Not that he ever craved recognition. He was far too modest for that, a modesty that owed much to his deep faith.

His was not the role of celebrity front man – broadcasting news of the movement. Nor was it that of advocate for the movement. He was not even an activist. Instead he was a funder – an anonymous form of activism. Not just that, he persuaded other wealthy donors to fund the movement too. By doing so, he empowered the British Jubilee 2000 campaign, and helped the movement expand internationally. Above all, he helped ensure its financial independence. But he did more than that. Much more.

I first met Ian Marks in the Spring of 1994, after responding to an advertisement in the Economist to apply for the post of co-ordinator of the Debt Crisis Network. The address for the interview struck me as odd, given that Christian Aid was hosting the selection process. Mayfair is very grand, its residents wealthy and, to my mind then, were unlikely to be supporters of radical campaigns for debt cancellation. I was wrong. Ian was a wealthy man who had been the Chairman of Trebor Sweets which was founded by his grandfather in 1907 and eventually sold to Cadbury’s in 1989. The sale had left family members comfortably off, and Ian, a principled man, had decided to invest his gains in good causes. Writing off low income country debt became one of his priorities, to the puzzlement of his family, some of whom were skeptical.

Ian had suggested to the DCN board that they advertise for a lobbyist/co-ordinator for a debt cancellation campaign, someone who would harness the energies of all the aid agencies, and help co-ordinate and focus their work on debt. He had helped fund the Debt Crisis Network, but had become impatient with the personal and institutional rivalries that existed between the various aid agencies working on debt. As someone deeply concerned by the way in which debt payments drained resources from poor countries, he was keen to see those rivalries subordinated into one strong co-ordinated effort by all the agencies.

In a room adorned with tasteful chintz and polished tables, with a painting of a splendid yacht as backdrop, I was quizzed about my background by both Ian and another key figure behind the launch of Jubilee 2000, Tim Moulds – then a director of Christian Aid. It was a tough interview, in which I challenged the assumption that all that was needed was effective advocacy by DCN, if the multilateral institutions were to be persuaded to write off debts. I argued instead that a great public campaign was needed to persuade the IMF and World Bank’s shareholders (G8 finance ministers) – that debt cancellation was needed. The board were skeptical. The subject was too complex to communicate to a wider audience. We disagreed. To my mind, the interview had not gone well, but that was to prove mistaken. Ian was persuaded, and persuaded others, which was very lucky for me.

From thereon he regularly donated substantial sums to the campaign, and persuaded fellow members of the Network for Social Change to do the same. All this was done with the minimum of fuss, and with no publicity. Above all, he gave me both love and support, especially at times of stress – and there were many such times. I will never forget that.

Last week he died at home in Essex, peacefully and with his family – as he would have wished. My deep regret is that I did not visit him to say goodbye – and to thank him once again.