As the devastation from recent hurricanes in the Caribbean becomes clearer, the calls for debt relief for affected countries grows stronger.

In Dominica, 98% of the buildings are damaged, with Prime Minister Roosevelt Skerrit saying “We have lost all that money can buy and replace.”

Dominica is already heavily indebted, with 14% of government revenue spent on debt payments which leave the country. The IMF ranked the island as at high risk of a debt crisis, even before the devastation caused by Hurricane Maria. 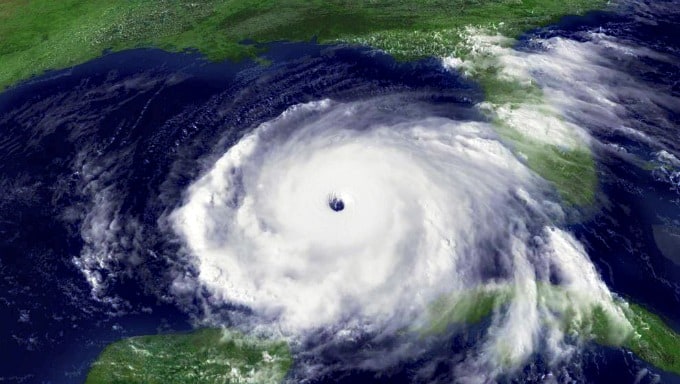 Past hurricanes are one of the reasons why Dominica and other Caribbean countries were already heavily indebted. Just two years ago, Dominica was hit by Hurricane Erika, which is estimated to have caused losses of 90% of GDP, as well as killing 30 people and leaving over 500 homeless.

Last week the Prime Minister of Antigua and Barbuda made an appeal for the country’s debt to be written-off following Hurricane Irma. Speaking at the UN General Assembly he said the cost of rebuilding from Hurricane Irma would be around $250 million, 15% of the country’s GDP or $2,500 per person. The equivalent figure for the UK would be £300 billion.

Such direct calls for debt relief are unusual from governments, who often fear reputational damage from saying they want their country’s debt reduced. Trinidad and Tobago’s Foreign Minister, Dennis Moses, has also spoken out, calling for debt relief for the Caribbean region following the hurricanes.

But Caribbean countries are several among many which have had their debt problems ignored for decades. Jamaica has effectively been in a debt crisis since the 1970s, with continued government cuts just leading to a stagnating economy. The current IMF mandated economic programme on the island includes austerity more than two times greater than that being pushed on Greece by the Eurozone (which the IMF has said is too much).

In the Eastern Caribbean, many countries suffered an economic shock in the 1990s, when American companies used the World Trade Organisation to make the EU import bananas and sugar from Latin America on the same terms as from the Caribbean. The smaller Caribbean producers could not compete with the US companies of Latin America, and production was decimated. Debts ended up being taken on to try to cope.

In contrast to the financial debts of Caribbean countries, there are much bigger debts the other way round. One is the economic impact of colonial history. As a taxi driver told me when I visited Grenada in 2014 (when it was trying a different way to negotiate its debt):

“England bled us dry for many years of our cocoa and nutmeg, being made rich whilst we were made poor. It’s time for them to give something back. We really need your help in getting the debt written-off.”

Another is the impact of climate change. Warmer seas mean there is more energy to drive the devastating power of hurricanes, and higher sea levels to begin with before hurricanes dump water onto the land. The devastating impact of storms across the Caribbean can only be expected to get worse.

Dominica, Antigua and other countries need as much immediate help as possible, including suspending debt payments. But the long-term rebuilding of the islands requires finally delivering debt cancellation to get debt down to a sustainable level, and giving reconstruction aid as grants, not loans. The same mechanisms need to be created for all countries affected by devastating disasters.

Structural changes are also needed to help the Caribbean be less vulnerable to disasters, including better trade terms, transforming economies to be self-sufficient, grants to adapt to the inevitable impacts of climate change, and radical reduction in carbon dioxide emissions to stop climate change being even worse.