Yesterday three former employees of Credit Suisse were arrested in London over $2 billion of odious loans to three state owned companies in Mozambique, given in 2013. The loans were given to companies with no revenue, and were not agreed by the Mozambique parliament, making them illegal in Mozambique. Two of the three loans only became publicly known about in 2016. Mozambique has been plunged into a debt crisis, and has now defaulted on all three loans.

The three ex-Credit Suisse employees arrested are Andrew Pearse, Surjan Singh and Detelina Subeva. Former Mozambique Finance Minister Manuel Chang has been arrested in South Africa, and former employee of Privinvest, the contractor on the deal, Jean Boustani, has been arrested in New York.

A redacted version of the US indictment against the arrestees has been released. Below are eight things the indictment has presented, and one question. 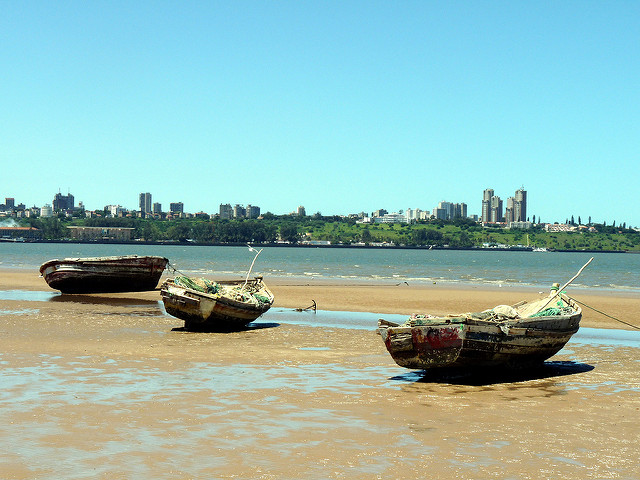 1) There are more people the US is pursing
Five people have so far been arrested, but the indictment lists up to eight others – five from Mozambique, and three from Privinvest.

All the loans were transferred from the London branches of Credit Suisse or VTB to Privinvest in Abu Dhabi. Privinvest then sent payments on to various individuals.

Some of the bribes and kickbacks the indictment alleges were paid include:

The total payments to two other Mozambicans have been redacted. Elsewhere $15 million is alleged to have been paid to another unnamed individual, who could be one of these two.

3) Credit Suisse knew what was happening
Credit Suisse has said in response to the arrests that: “The indictment alleges that the former employees worked to defeat the bank’s internal controls, acted out of a motive of personal profit, and sought to hide these activities from the bank.”

The indictment does present evidence that Pearse, Singh and Subeva sought to withhold information from Credit Suisse while working for them. However, this is a failing on Credit Suisse’s part that its compliance procedures did not prevent this from happening. Moreover, the indictment provides various incidences of where others in Credit Suisse beyond Pearse, Singh and Subeva knowingly went along with what was happening, or clearly failed in their internal controls.

For example, in June 2013, a further $100 million was added to the Credit Suisse loan to Proindicus. The indictment says this was agreed to by Credit Suisse’s Risk Management Team, based on a memorandum written by Pease, Singh, Subeva and “others within Credit Suisse”.

4) Credit Suisse were aware of concerns around Privinvest
The indictment states that in March 2012, a year before the first loan was agreed, Privinvest told an unnamed employee of Credit Suisse (not Pearse, Singh or Subeva) that the project had not resulted from a competitive bid and had come about “due to ‘high level connections’ between Privinvest and the Mozambican government”.

After March 2012, Credit Suisse’s due diligence established that there were already allegations of corruption against a key employee at Privinvest. However, the indictment reports that “the compliance department failed to pursue its inquiry further”.

Pearse, Singh, Subeva and “others within Credit Suisse” removed this as a condition of the loans.

6) Credit Suisse knowingly kept the IMF from being told
Another initial condition of Credit Suisse was that the IMF would be informed of the loan to Proindicus. Again, this condition was knowingly dropped by Credit Suisse. The IMF claim they did not know about the loan until three years later, in 2016.

So, by this stage, Credit Suisse had decided there was something wrong with Pearse and Subeva working on deals with Privinvest and Mozambique. However, on 30 August the loan to Ematum was agreed, signed by Surjan Singh “and other people” within Credit Suisse. Credit Suisse knew the loan proceeds were going to the same contractor, Prininvest, and it was being given a government guarantee by the same Mozambique Finance Minister, Manuel Chang.

8) The idea for the scheme came from employees at Privinvest
The indictment says that “beginning in or about 2011” Jean Boustani from Privinvest “attempted to persuade Mozambican government officials to establish a coastal monitoring system through a contract with Privinvest”. The start of the project was unsolicited, and came from the contractor, not the Mozambique government.

And a question: What about VTB?
The indictment provides little information on Russian bank VTB and its London branch. The deals were first agreed between Privinvest and Credit Suisse. VTB then came in later, adding money to the Proindicus and Ematum loans. By the third loan to Mozambique Asset Management, Credit Suisse were no longer involved, and the loan was just from VTB. However, the indictment has little information on VTB, and no individuals from VTB appear to be being pursued. We are left with the question why VTB do not appear to be being pursued in the same way?