Home ⟩ News ⟩ The Austerity Machine and How To Stop It 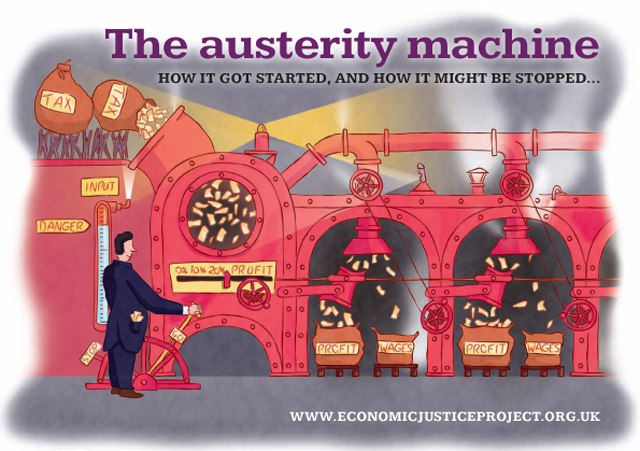 Austerity policies aren’t new. They are part of a set of policies that have been imposed on countries around the world for decades. Where they have been implemented, they have had similar impacts. Rather than the economy growing in a way which benefits everyone, austerity policies have taken wealth away from ordinary people and concentrated it in the hands of wealthy elites. This booklet looks at the story of austerity and its history around the world. It shows how it has been imposed. It asks why, when austerity has failed repeatedly to solve financial crises, it continues to be promoted as a ‘solution’. It also looks at how people have resisted these policies, in many cases successfully, and struggled to build alternatives that hold promise for everybody.

Produced by the Economic Justice Project, of which Jubilee Debt Campaign is a partner.